We took a family trip to the National Museum of African American History and Culture in DC. In a section featuring James Baldwin, I found myself in this photo. 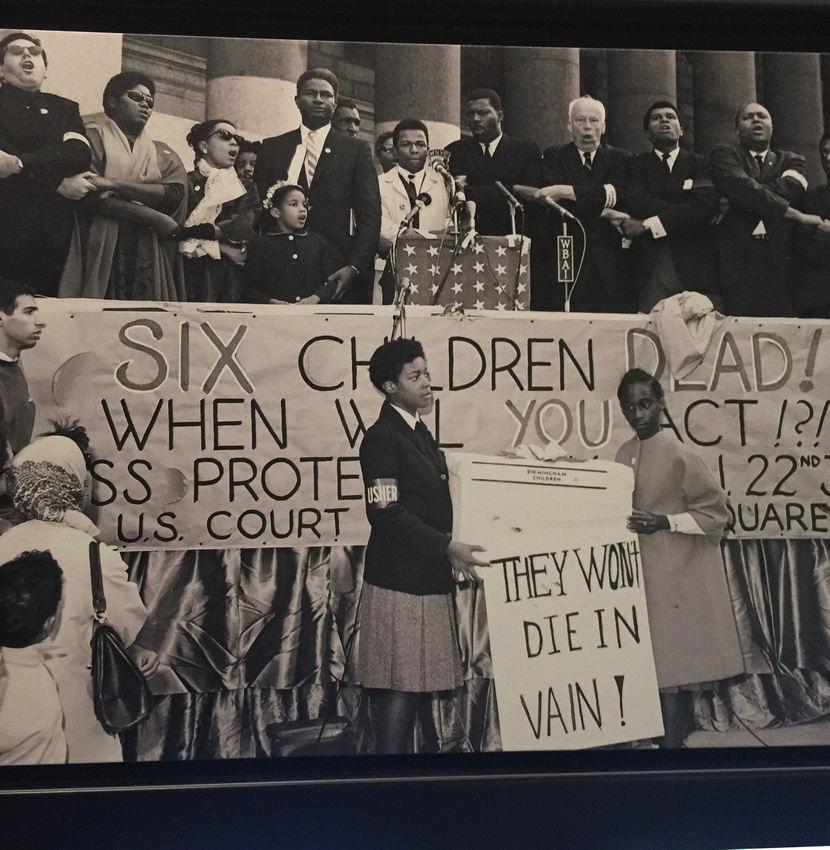 I have a different photo from this event. In that photo, I am sitting on Daddy's lap and James Baldwin is at the podium. It is 1963, and we are at a rally in NYC to protest the bombing of the 16th Street Baptist Church in Birmingham, AL. For me, that photo represents the precious times I spent with my father. But this photo. This photo taken by a different photographer broadens the perspective to include Mommy, my sister Nora, Odetta, and so many others singing and holding hands and standing up -even on very young legs. This photo isn't about me being with my Daddy. This photo is about all of us standing up and doing what needed to be done about the terrorist attack that killed 14-year-old Addie Mae Collins, Cynthia Wesley and Carole Robertson and 11-year-old Denise McNair. And in the aftermath, the attacks that killed 16-year-old Johnny Robinson who was shot by a police officer and on 13-year-old Virgil Ware who was shot by a white teenager.

We were standing then as we must stand now.

It was a humbling exciting moment standing there in front of this photo. One moment of many humbling moments during our time at the museum this weekend. More later...